Who doesn't know Vivaldi's famous Concerto in D major for lute and string orchestra. Also his  two mandolin concertos are regularly adapted for guitar. Countless edits other concertos form a valuable treasure trove of baroque music for the guitar. Vivaldi's music has even Bach enchanted. Bach arranged 6 concertos by Vivaldi for keyboard instruments, including three Concertos from "L'ESTRO ARMONICO" op.3 (No. 3,7 and 12). Like no other music from this epoch, Vivaldi's music seems to have been created to be performed on the guitar or in guitar ensemble. The simple motifs, which leave plenty of room for embellishments and the dominance of chord breakdowns plays into the guitarist's hand, so to speak.
The 12 concerts of Opus 3 "L'ESTRO ARMONICO" have not left me alone for many years. the The serenity and loveliness of the outer movements contrast with the heartfelt and almost transcendent Largo sentences and the fire and passion of the propelling ones Rhythms always left me in deep contentment. A glass of old Amarone with it, like life can be beautiful! I wanted to translate this attitude towards life into guitar music.
After studying the score of the 12 concertos in detail, it was clear to me that this music belongs on the Guitar. I got my Canadian publisher excited about the idea and the whole collection of 12 issues was published in just three months at "Les Productions d'OZ" in Québec. I chose three guitar formations for the arrangement of the 12 concerts: duo, trio and quartet. All solo and tutti passages are indicated in the musical text, so the parts can be doubled as desired in the tutti passages.

With the opus three "L'ESTRO ARMONICO" Vivaldi succeeded in Europe breakthrough. The 12 concerts are arranged in four groups of three, of which each contains a solo concerto, a double concerto and a concerto for four violins. Every concerto in major is followed by a second in minor except for the last pair where the staff has been reversed so that the whole collection completes  in major. This is a typical Italian arrangement like  Albinoni and Torelli used. 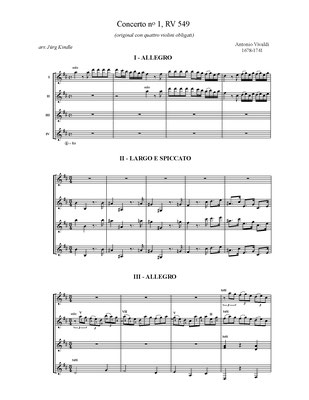 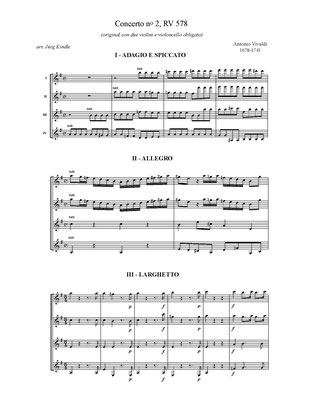 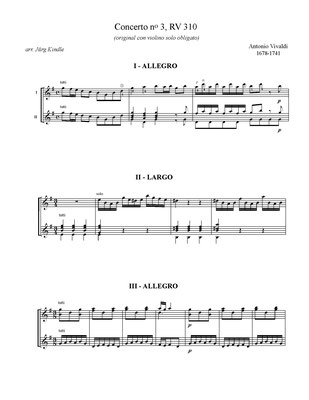 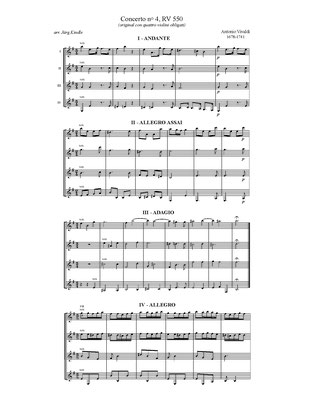 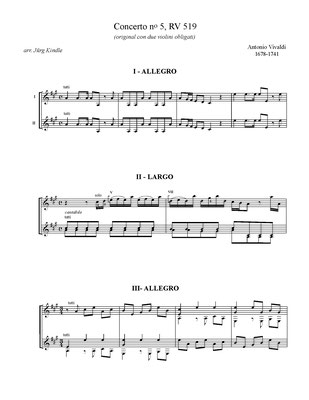 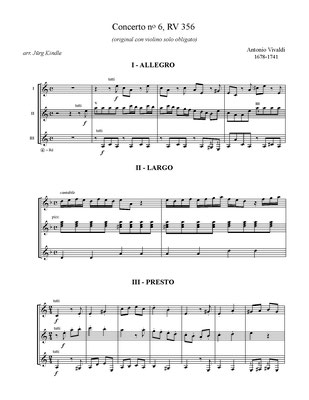 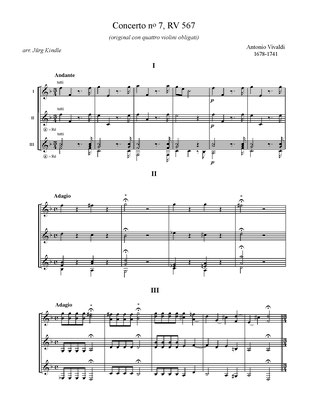 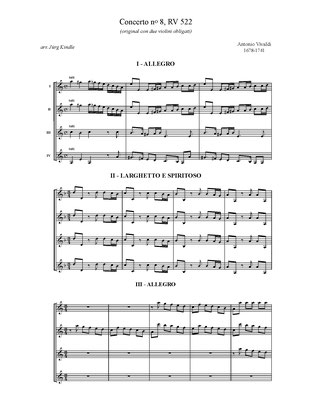 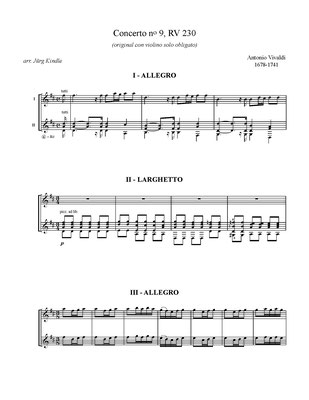 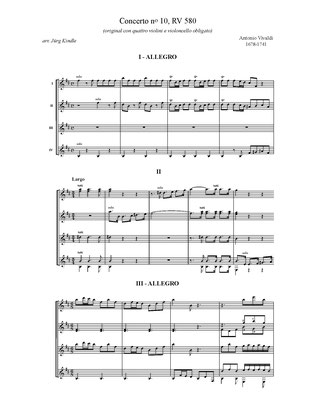 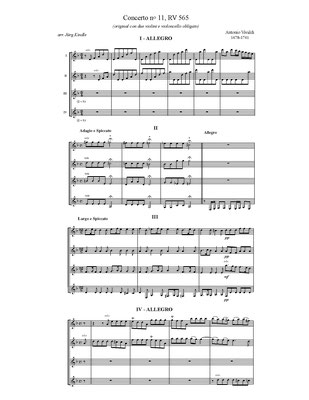 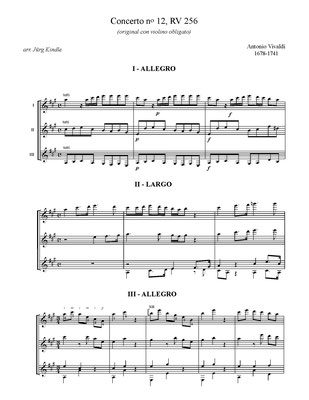